There are currently 1233 confirmed cases of coronavirus in Iraq, and a total of 69 deaths have been linked to the virus. 1000 cases have been identified in the past two weeks. There are 312 confirmed cases in Iraqi Kurdistan. All land borders are closed and in-country checkpoints have introduced temperature checks. Various roads between outbreak points are impassable and the Directorate of Health has recommended travel restrictions in and out of camps which has impacted residents employment, ability to buy supplies and food, attend medical appointments and purchase/ collect essential medications. Thankfully, as yet, there are no confirmed cases of coronavirus in refugee or IDP camps in Iraqi Kurdistan.

Unofficial sources have claimed these numbers are much higher, however these statements are responded to aggressively by regional governments. Testing facilities and processes have been confirmed as accurate but the extent of testing in suspected, and unreported, symptomatic cases is unknown. International news station Reuters has had it’s license revoked by Iraq’s media regulator (the CMC) for the next 3 months and has been fined $21,000 for a news report published on the 3rd of April stating that the number of COVID-19 cases in Iraq is much higher than official statistics. A statement from the United Nations Assistance Mission to Iraq (UNAMI) “dismissed the prospect that the government is deliberately hiding or falsifying the results,” but Reuters stands by it’s reporting and the article in question remains.

Over 300,000 displaced people are living in camps in Iraqi Kurdistan and the majority of camps are situated in the Duhok governorate, where STEP-IN operates. Communicable and viral diseases spread quickly and uncontrollably within camp environments. Large numbers of people are isolated in close quarters, with poor sanitation systems, and relatively inaccessible health care. People living in camps are unable to self-isolate or practice physical distancing and common contagious diseases tend to spread like wildfire.

Restrictions on travel to and from the camps has had a heavy impact on already minimal levels of employment and shops near and within the camps have closed down. This has made the sourcing and purchase of preventive hygiene supplies impossible for camp inhabitants. Reports of doubling food prices have left many in (more) desperate situations.

Furthermore, there are hundreds of thousands more IDPs living in non-camp locations that are predominately impoverished, underserviced and lacking proper sanitary conditions. The increase in urban migration to cities like Erbil places a great deal of extra stress on an already lackluster healthcare system. The urban sprawl to the east of the city in neighbourhoods like Kaznazan, where some of the most disadvantaged populations have resided for generations and where the displaced population tend to concentrate due to the low rental prices, are in particular need of aid. The housing conditions in these areas are particularly poor and commonly overcrowded, posing a greater risk of COVID-19 transmission . Kaznazan has been reported as the epicenter of the local transmission of the virus and cases are predicted to rise. 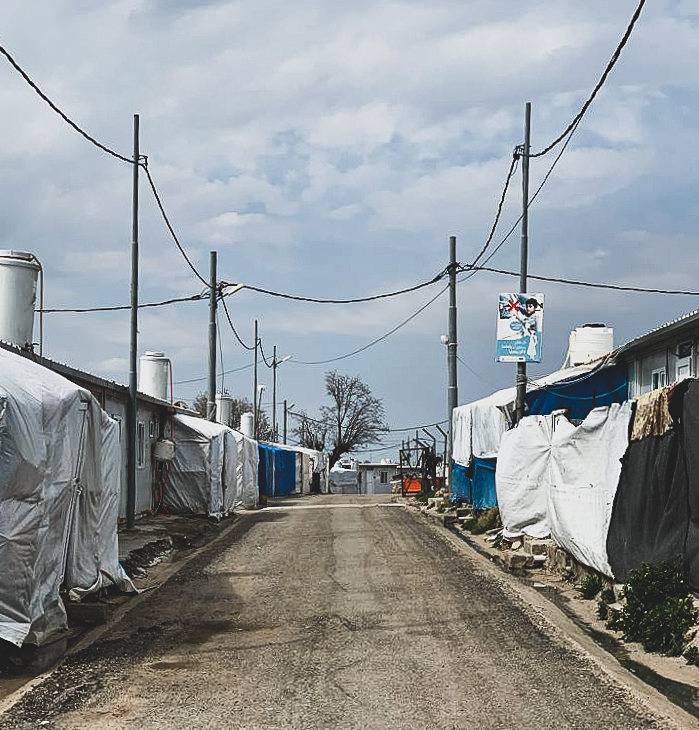 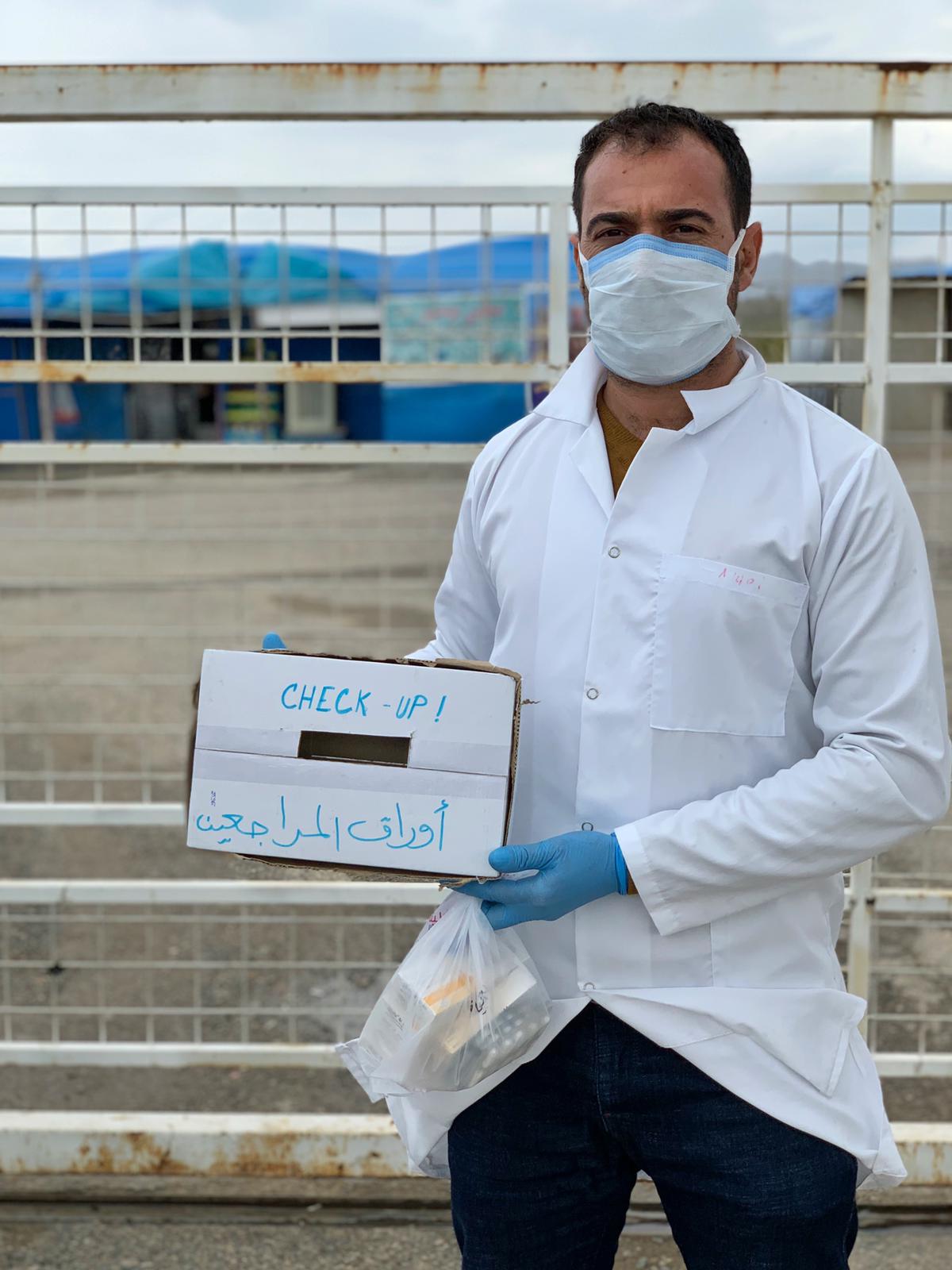 From a general perspective, years of war, sectarian violence, and corruption have left Iraq with a damaged and insufficient healthcare system, unable to cope with the possible severity of the approaching pandemic. Only recently has Iraq’s capacity to test for coronavirus increased to over 100 tests a day, however testing is not currently being provided to healthcare professionals in Iraq and the Health Minister for Iraqi Kurdistan stated that there are only 70 pieces of “specialised equipment” (suggesting incubators and respirators) for the entire region. If the severity of coronavirus in Kurdistan were to increase there would likely not be the equipment required to treat all those severely impacted by the virus available. As such, prevention at this stage of the virus’ progression in the region is key

Established refugee camps such as those in the Duhok region of Iraqi Kurdistan, catering to those displaced by the 2014 ISIS expansion, are of extreme concern when considering the trajectory of coronavirus in Iraq. As suspected, the rise in testing provisions has correlated with a rise in confirmed cases. There are increasing concerns that, although quarantine measures were quickly imposed and testing facilities have been monitored and approved by the WHO, we do not have a clear view of the current situation in Kurdistan and as such may be unprepared and unaware of our circumstances.

The Kurdish Regional Government officially holds refugees and displaced people at equal standing to the local population in regard to the receipt of government medications and healthcare. However, displaced people are often discriminated against by local healthcare professionals in their search for medication and health services. As such they are often the last to receive prescriptions, that’s if governmental stocks can provide any at all. Primary healthcare facilities in the Kurdistan Region of Iraq have been required to reduce their hours to half days and, although commercial pharmacies remain open, most of the medications they supply are unaffordable, ineffective, or incorrectly prescribed. Combined with the restrictions on movement in and out of camps, it is almost impossible for the vulnerable sections of the displaced population (such as the elderly and those with underlying chronic conditions) to receive essential chronic medications. This can cause the health of at-risk people to quickly deteriorate, leaving them even more vulnerable to contracting and developing severe cases of coronavirus. Those whose chronic conditions are compensated and stable are less likely to contract viral infections.

STEP-IN will be releasing it’s updated coronvirus response plan in the coming weeks.

If you would like to support our work specifically tackling coronavirus and promoting prevention practices, you can donate to our emergency appeal here: