The Kurdistan Region of Iraq (KR-I), comprised of the country’s three northernmost governorates (Erbil, Duhok and Sulaymaniyah) has, for decades, provided a ‘humanitarian safe-haven’ for people fleeing hardship and conflict in neighbouring regions. Throughout the 1980s and into the 1990s, Iraq was involved in a series of extremely destructive and bloody conflicts that took a grave toll on the country, socially and economically. Following the end of the Gulf war, in 1991, international aid agencies established themselves in Northern Iraq. A US-led coalition imposed an ‘aerial exclusion zone’ to protect the area from further assault, and the Kurdish Regional Government cemented greater autonomy of the KR-I from central government rule. Though subject to its own political, social and economic issues, the KR-I became a hub for those seeking refuge from surrounding areas.

Most recently, this trend was accentuated in 2014, with the rise of ISIS in Iraq and Syria. The violence and destruction propelled by the extremist group forced millions of Iraqis to flee their homes in search of safety. In June of 2014, Mosul, a mere 80km from the Kurdish capital of Erbil, fell into ISIS hands and became one of its major strongholds. Weeks later, in August, ISIS carried out a ruthless campaign of ethnic cleansing against the Êzidî people, causing the community of hundreds of thousands to flee their ancestral home West of the KR-I within matter of days.

Amidst the violence, Sunni Arabs from Mosul, Nineveh and central and Southern Iraqi provinces made their way into Kurdistan. Minority groups including Assyrian Christians, Shia’a Muslims, Shabaks and Turkmens, also sought refuge under the threat of ISIS persecution. Amongst them, the Êzidî people, escorted by Kurdish militia into Syria first, eventually settled in the KR-I, particularly in and around Duhok and Zakho. According to a 2020 report from the KRG’s Ministry of Interior, despite increasing returns of displaced people to their home territories, Iraqi Kurdistan still hosts upwards of 1 million displaced people. The figure includes approximately 264,000 registered refugees primarily from Syria, but also Turkey, Iran and the Occupied Palestinian territory. Of the internally displaced population, around 100,000 are distributed across the 38 camps in the KR-I, while the remaining 600,000+ live out-of-camps, often in informal accommodation and extremely impoverished conditions. For many, 2020 marks over half a decade of displacement, away from their homes.

It is in this context that STEP-IN began providing medical aid in 2015. My name is Selma Azzubair, and I was fortunate enough to work a field coordinator with STEP-IN between 2018 and 2019. At the time, I was taken aback by how the KR-I, though experiencing its own political and economic turmoil was able to take in a population of displaced people almost a quarter of the size of its own (around 5 million). Notably, there is a large presence of humanitarian actors. Considered more stable and safe than neighbouring areas, many iNGOs and organizations such as the UN and IOM have established offices in Erbil and Duhok, from which they run operations for programmes both within and beyond the KR-I. Several NGOs operating in Syria also have their bases in the KR-I and have staff regularly cross the border to carry out fieldwork. 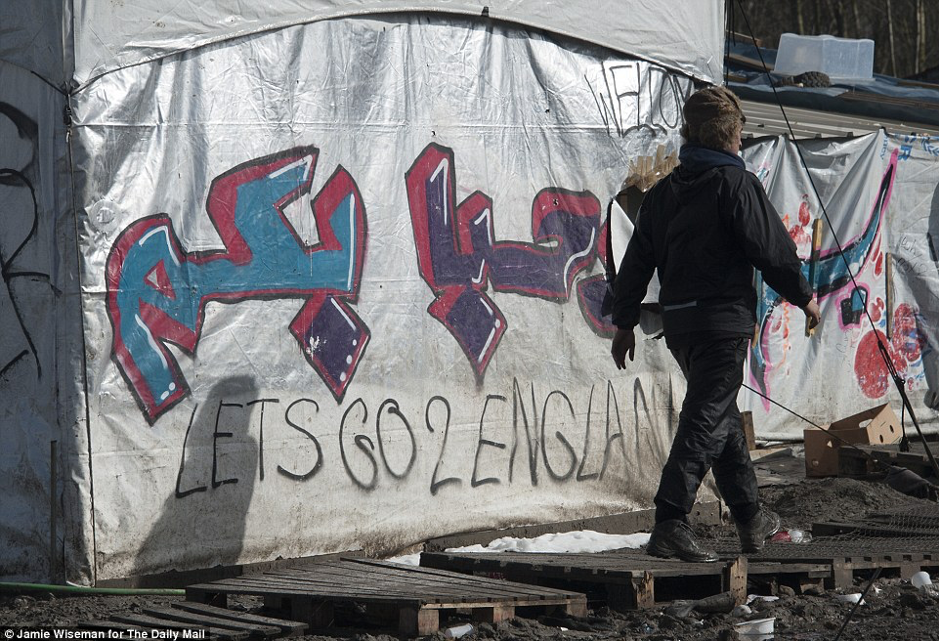 Despite its perceived stability within the region, and despite the hundreds of millions of dollars invested into humanitarian aid, thousands of Kurds leave the KR-I every year to seek asylum in Europe. Kurds have a long history of displacement due to persecution in their home countries on the basis of ethnicity and politics. This ethnically-drive persecution is very much ongoing within Turkey, Syria and Iran. In the case of Iraq, Kurds were heavily persecuted by Saddam’s regime until the early 90s. During that time, over a million Iraqi Kurds fled to Iran, while thousands headed West towards Europe, settling primarily in the U.K., the Netherlands and Sweden – meanwhile Kurds from Turkey and Syria have created large communities in Germany and France amongst other European countries.

As the only Kurdish region to have been granted autonomy within its country, and also due to the marked international presence within the KR-I and Iraq more broadly, ethnic persecution of Kurds in Iraq is not as salient as it once was. However, economic and political reasons continue to drive Iraqi Kurds to leave their homes and embark on perilous journeys into Europe. German reporter Birgit Svensson writes, “It is mostly the younger Kurds who are turning their backs on their homeland. They say that Kurdistan can offer them no work, no prospects and no future”.

Decades of back-to-back armed conflicts, fluctuating foreign investment in Kurdish industry and infrastructure, a drop in oil prices – Kurdistan’s primary source of revenue, a fractured relationship with Baghdad, internal political frictions and accusations of corruption within the KRG all threaten the KR-I’s political and social stability. Unemployment is also a primary concern for Kurdish citizens. Though figures hover around 16%, many Kurds work in the informal sector, without a guaranteed wage and social security. In 2016, an article claimed that 53% of those employed worked in the public sector. However, the KR-I’s public sector is known for offering low wages, that is, when they are paid at all – periods in which workers go unpaid due to government and fiscal mismanagement are frequent. Karim, a migrant interviewed for Niqash states, “The financial crisis in Iraqi Kurdistan has led to a terrible deterioration of living standards and we didn’t get our salaries for three months. That’s why I decided to leave.” 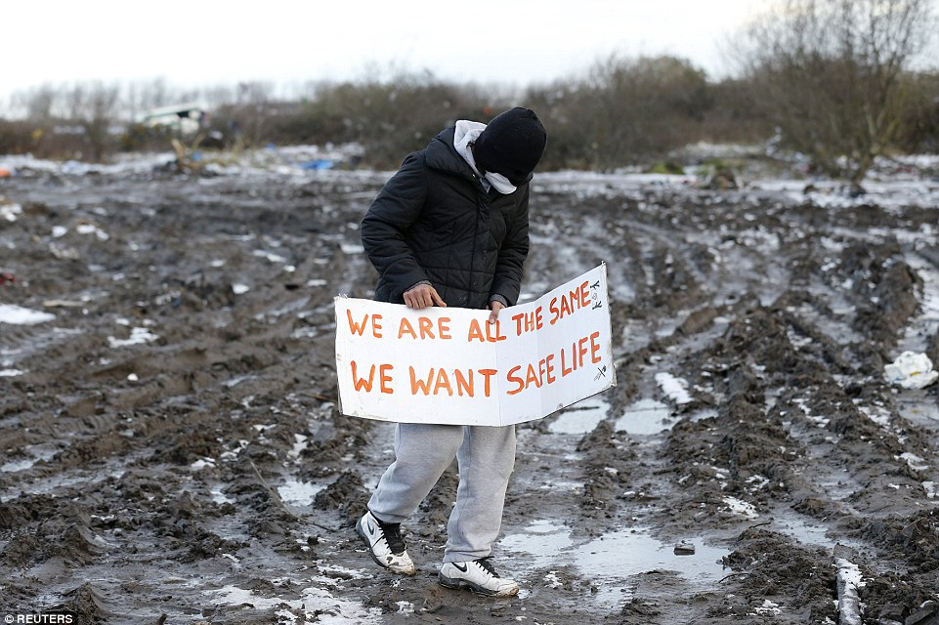 From Kurdistan to Calais

Back in Europe after my time with STEP-IN, I travelled to Northern France, to volunteer with an NGO supporting migrants and refugees trying to get to the UK.  The NGO provides non-food items in Calais and Dunkirk. In the suburb of Grand-Synthe (Dunkirk), I quickly learned that the vast majority of the 600-700 migrants and refugees there were Iraqi Kurdish men and families, including dozens of young children.

With the exception of Syrian refugees in and around 2015, Iraqi Kurds have been the predominant group amongst migrant nationalities in Dunkirk since the early 2000s. Their aim is to make the Channel crossing and settle in the UK. Rreasons for choosing the UK as opposed to the thread of European countries they have crossed are manifold. In the late ‘90s and early 2000s, particularly during the post-2003 occupation, many Iraqis were granted asylum in the UK, particularly in London and Birmingham. As a result, some Iraqi Kurds have family or friends in the UK they wish to reunite with. Others have chosen their destination because they speak the language, or they know there is an established diaspora there and believe they can settle within a familiar community.

Like much of their journeys through Europe, the life of these men and families in Northern France is unimaginably tough. Migrants live in squalid conditions. Those who are lucky enough to have a tent preserve some form of privacy, however, many sleep rough, subjected to the elements and vulnerable to violence. The only formal camp established in Grand-Synthe in 2016, La Liniere, housed between 1,000 and 1,500 people. It was closed a year later after a fire destroyed most of the cabins. In 2018, an informal camp was set up around a gym, which eventually hosted around 1,200, again mostly Iraqi Kurds. However, this camp also lasted less than a year, and was eventually evicted by French authorities. Now, most of those in Grand-Synthe live in a hollowed out factory compound,  surrounded by rubble, without electricity and running water. Others live in a nature reserve, far from any services, and without shelter. The people there experience routine police evictions, are subjected to the use of tear gas and other avenues of police violence, are repeatedly detained and transferred to other parts of the country, and frequently have their belongings and documents stolen or confiscated.

The migrants and refugees in Northern France attempt to cross the Channel into the UK by getting into lorries and other cargo vehicles, finding their way onto ferries or into the Eurotunnel. Doing this puts them at very high risk of physical injury, arrest and even deportation. Families with small children also often try to cross the Channel in small motorboats, an extremely dangerous transit, particularly in the winter months. At the time of writing, an estimated 80 people have attempted to cross the Channel on small boats in the last three days.

Whilst witnessing the living conditions of the migrants and refugees in Calais and Dunkirk, and whilst taking to people whose hometowns I knew well from my time living in Kurdistan, I wondered whether choosing to move to the UK is worth it for somebody hailing from the KR-I. Of course, that is not a judgement for me to make, nor can I understand the impossible choice these individuals and families have faced before leaving behind their homes. Considering the current political climate, gaining asylum as an Iraqi (Kurdish or not) in the UK or any other European country, is very difficult. However, those who try believe it is their only avenue towards a better life for themselves and their families.

These encounters greatly complemented conversations that I have had whilst in KR-I with people who desperately wanted to leave or were planning to do so. They further illustrated the helplessness, the lack of prospects, and more importantly the lack of stability and security that so many Iraqi Kurds feel. This article is just one snippet of the experience of a segment of the KR-I’s population, there are a myriad of other perspectives and lived experiences that I have not taken into account. However, I  wanted to highlight an ongoing paradox of displacement that is unfolding in the KR-I, which simultaneously acts as sanctuary and point of departure for displaced populations. 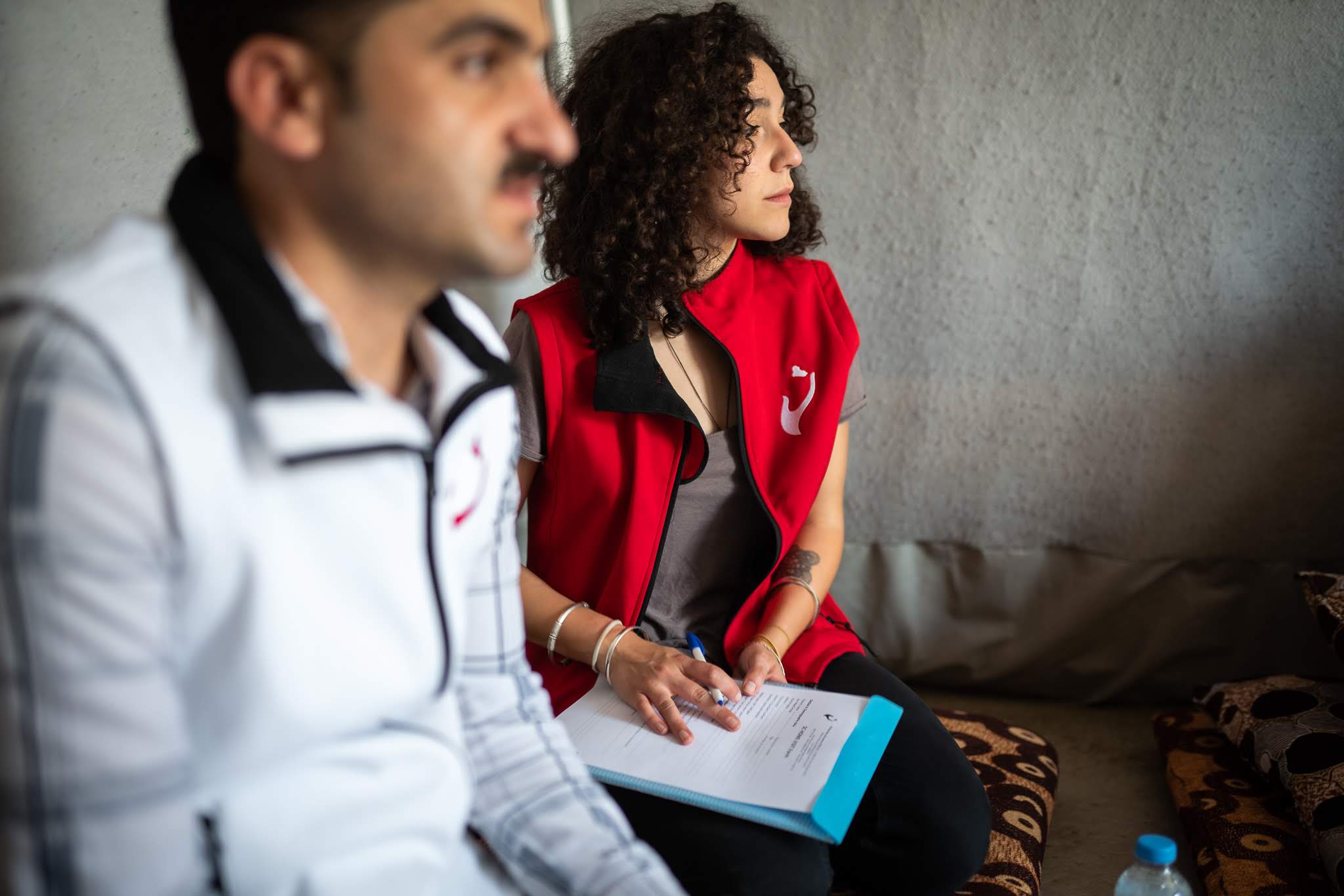 Selma (right) during her time working for STEP-IN.

Thank you Selma, for writing for STEP-IN once again.