For many of the thousands of people that we work with, 2014 is a year that will be forever etched into their family histories and their lives. It was this year that the Islamic State (ISIS) overran two thirds of Iraq, committing never-ending atrocities in their wake, and driving nearly 5 million Iraqi people from their homes and communities in fear.

In June 2014, ISIS occupied the city of Mosul and the Nineveh region of northern Iraq. Here the majority Christian population and their Shabak neighbours experienced numerous brutalities, ranging from forced conversions to mass executions, the majority fleeing to Erbil. In the same month, ISIS slaughtered 1,700 unarmed Shia and Iraqi army cadets at the Camp Speicher Massacre. Sunni muslims from the Anbar province also fled to Sulaimania following their persecution if they did not accept the Islamic State.

In the following month Islamic State militants launched a genocide against the Yazidi (Ezidi) people in the Sinjar region of northern Iraq. In their persecution of the Yezidi people, ISIS set a new bar for cruelty. It is estimated the within the first few days of ISIS’ occupation of the region 3,100 people died. More than half were executed, beheaded, or burnt alive and the remaining (mostly children) died of dehydration and starvation in temperatures above 50°C during the siege of Mount Sinjar. 6,800 people were kidnapped, tortured, sold into slavery, and forced to become child soldiers. Of these people, 3,000 remain in slavery or are, to this day, unaccounted for.

In Dohuk and Erbil, the number of remaining IDPs (internally displaced peoples) and refugees exceed the number of those that have returned home. Many feel they have nothing to return to ‘but bones’. ISIS targeted each and every religious and ethnic minority within it’s occupied territory without mercy. Systematically murdering families, enslaving women and children, and committing unimaginable war crimes. 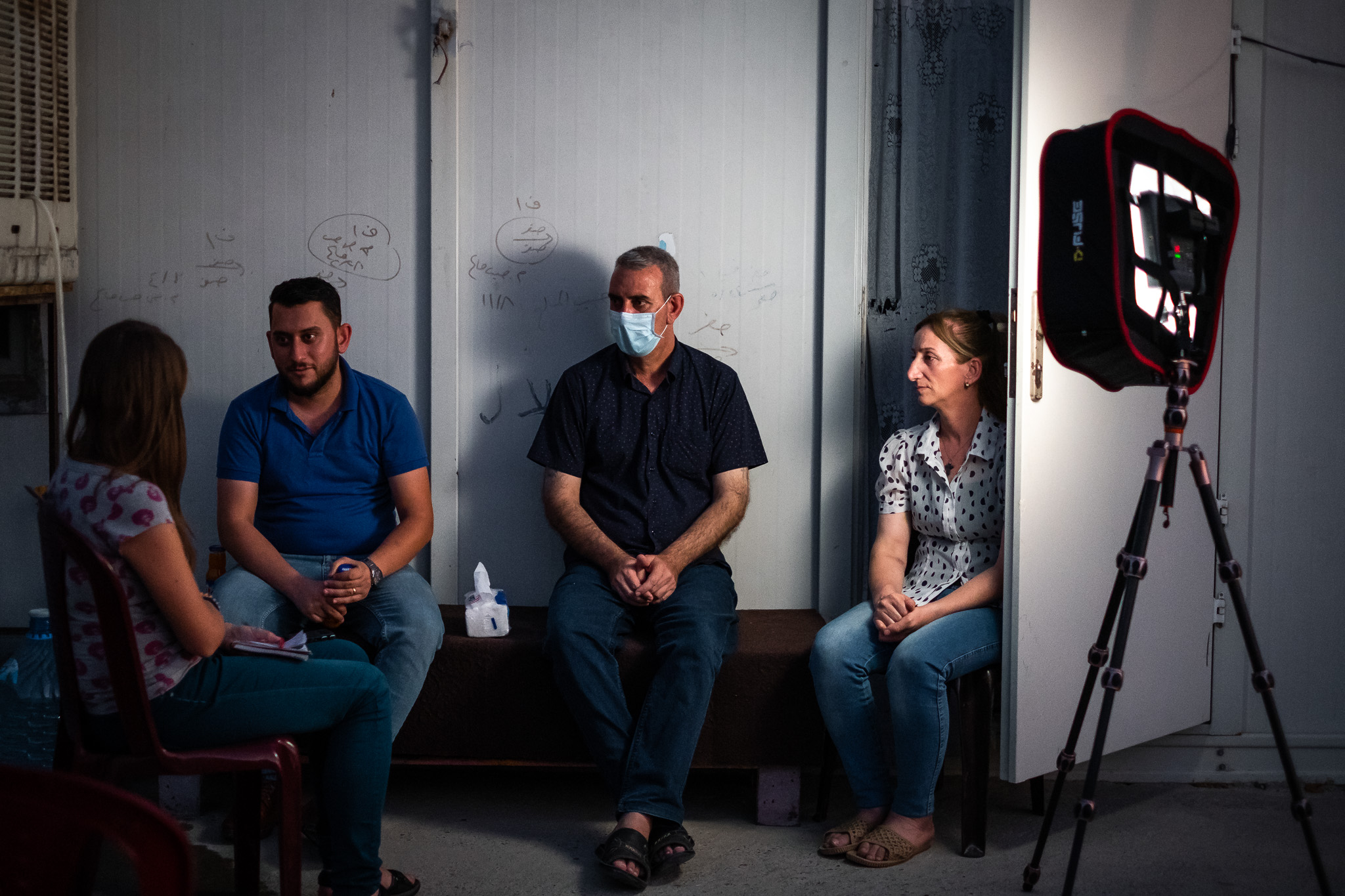 It has been STEP-IN’s heart-breaking privilege to hear the stories of the people we work for and alongside. Stories so important in today’s climate of hate and intolerance that we felt they must be shared further.

In 2018 STEP-IN staff members worked alongside journalist Ivanna Rudakevych to collect 11 individual stories. The true experiences of four Yazidis, four Christians, and three Muslims. We have also collected interviews from various religious leaders and professionals to insert between the tales, adding further context to the histories of our interviewees.

This year, STEP-IN hopes to publish these stories in the form of a book. Within the next month we will begin a crowdfunding campaign to finance self-publication.

We will be publishing in Slovak and English and will be marketing the book throughout most of Europe.
Follow us on social media to stay updated!