Antibiotic resistance is one of the world’s most pressing public health issues. The overuse of antibiotics is causing bacteria to evolve drug resistance faster than new medications can be developed. Referred to in the global health sector as ‘the silent tsunami’ – resistant bacteria is already the cause of over 720,000 deaths each year. As this trend continues, mortality will increase and what were previously considered easily treated infections will become deadly.

This is especially a problem in many Middle-Eastern countries, including Iraq and Iraqi Kurdistan, where antibiotics are available over the counter and treated culturally as similar to paracetamol or ibuprofen. In a random study of 500 people in Erbil, 38% of participants stated they used antibiotics as a treatment for headaches, 46% for cold and flu, and 57% took a single capsule as and when they thought they needed to (for general health purpose). Antibiotics have zero effect on non-bacterial infections so their use in these scenarios not only has zero benefit to the consumer, but also increases the risk of bacteria developing resistance ten-fold. Even when antibiotics are taken for a bacterial infection, they must be taken as a full course to ensure treatment success and reduce the risk of drug resistance developing.
In 2018, 80% of patients at a healthcare facility in East Mosul presented with multi-drug resistant infections. The facility was opened to provide post-surgical care following trauma. Patients arrived post-surgery from encounters with unexploded landmines and, frequently, car accidents. In many cases, the recovery process caused more trauma than the original accident. This was due to drug resistant infections causing processes that should have consisted of a single surgery and simple recovery to evolve into 13 separate surgeries and, occasionally, amputations. Antibiotic resistance is causing medical progress to reverse.

Although we rarely use our microbiology services for wound related infections, our testing remains vital. In 2019, our microbiology laboratory processed 391 samples; including those from urine, sputum, throat swabs, vaginal swabs and more. These tests were conducted to find the causes of a variety of communicable and infectious diseases. Throughout the year our doctors diagnosed 3556 people with a communicable disease; 535 diagnoses were attributed to parasitic diseases. 2599 were diseases of respiratory tract, 356 urinary tract infections and 293 female genital infections.

A study of antibiotic resistance in urinary tract infections at Dohuk hospital showed that in the case of antibiotic prescriptions, practitioners should be aware of local bacterial resistances instead of following universal guidelines. This is due to go-to antimicrobial agents such as penicillins, and even the common second choice erythromycin, proving ineffective in the treatment of patients due to prevalent resistances. Our microbiology lab showed that the two most common forms of bacteria found in urine samples and related to UTIs in our area were Escheria Coli and Staphylococcus SPP. In a vast majority of cases we found E.Coli to be resistant to antibiotics Amoxicilline and Trimethoprim and increasingly resistant to Ciprofloxacine and Nitrofurantoine. Unfortunately, these are the four antibiotics most commonly used to treat E.Coli caused UTIs. 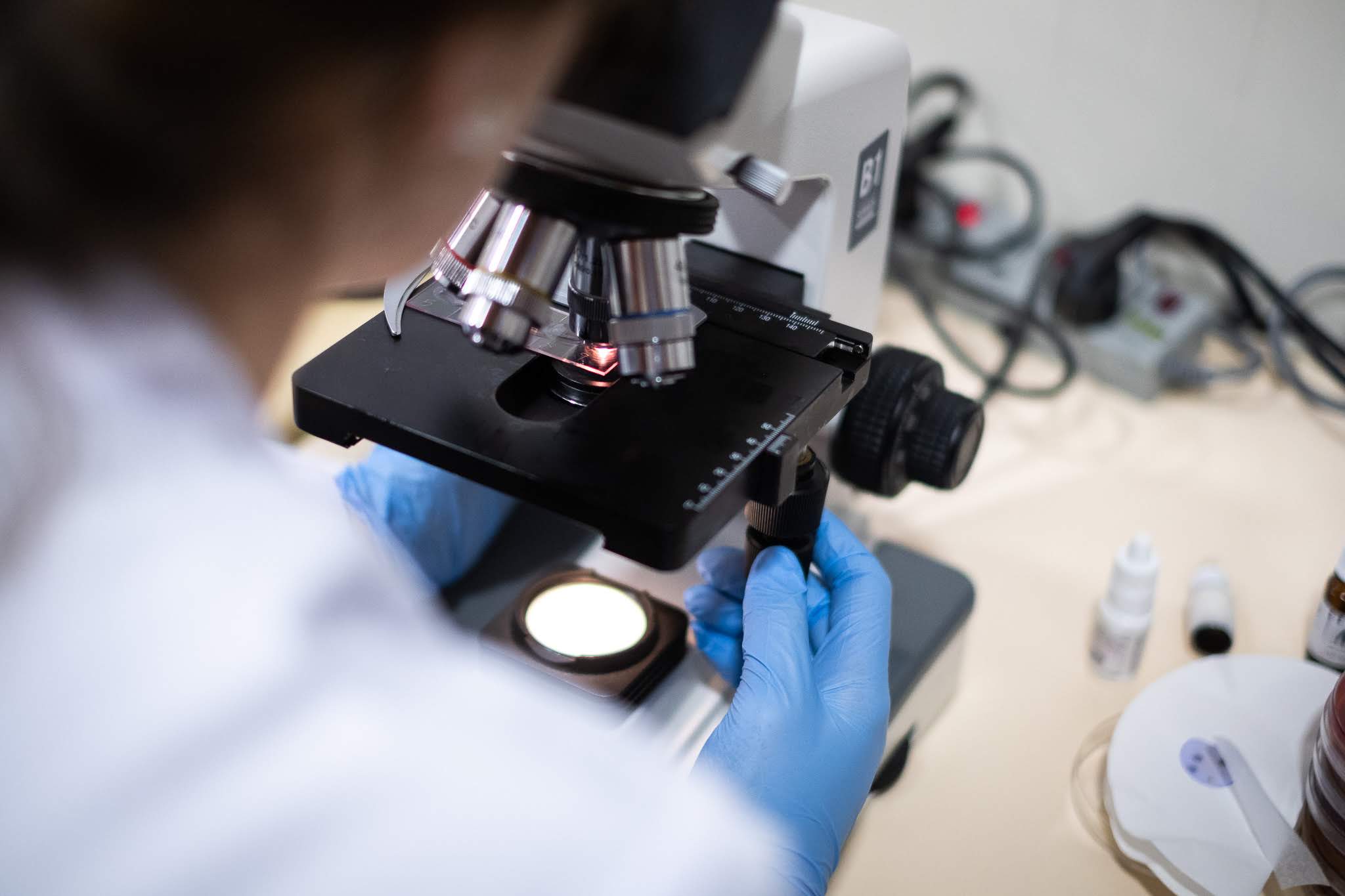 tests conducted by our Micro Lab in 2019. 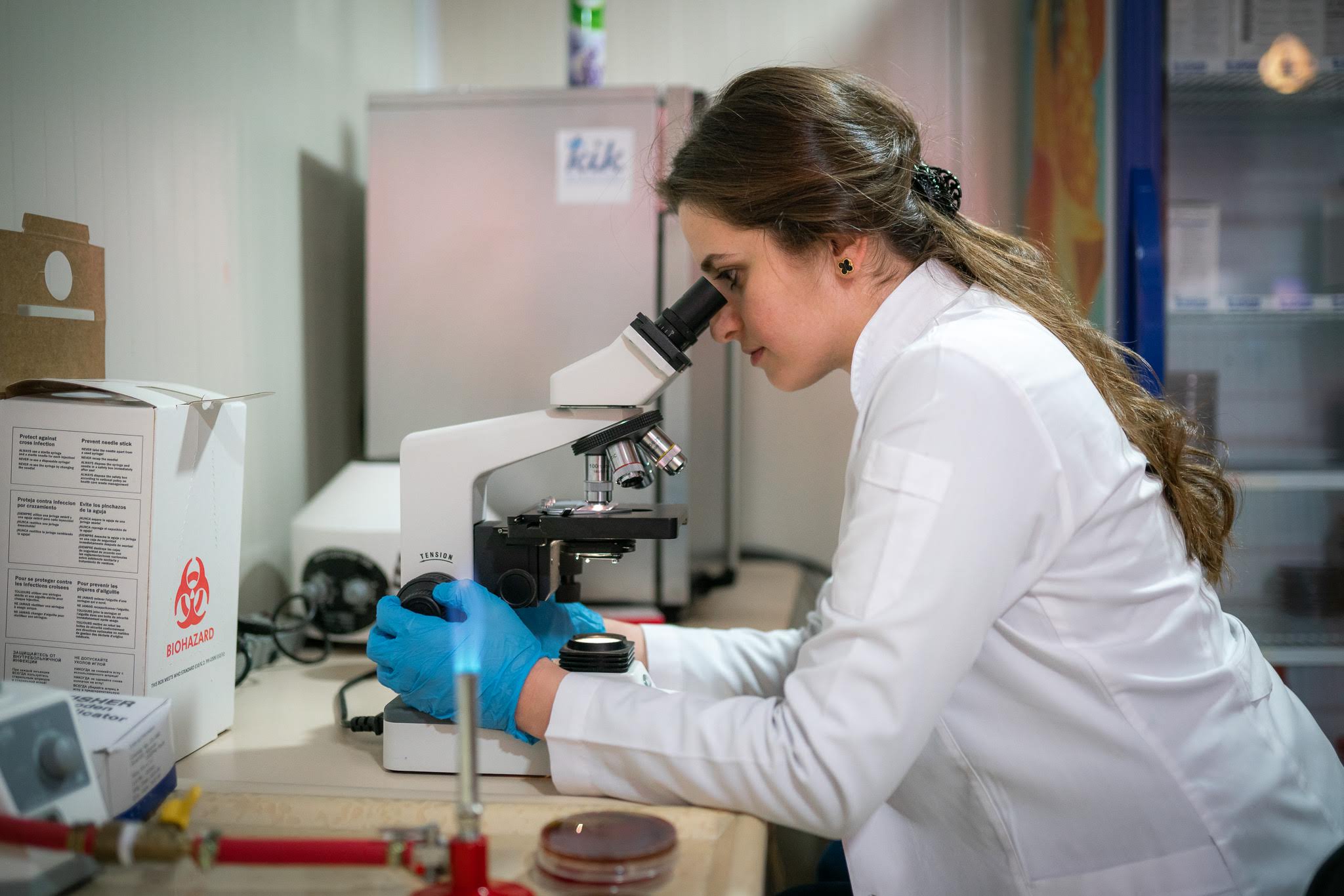 Interestingly, the most common bacteria cultivated from throat swabs in our lab was Sphingomonas paucimobillis. As it is rare bacterium, our doctors are trying to find the source or reason behind it’s high occurrence within the community we work in (Dawoodia Camp). Luckily, the bacteria remains sensitive to majority of commonly used antibiotics, which is a status our micro lab will continue to monitor.

In January and February of this year we conducted 1491 tests in our microbiology lab. Thanks to these services we were able to treat each case of bacterial infection with the appropriate medication, allowing us to provide quick effective treatment plans for our patients and help prevent the growth of antibiotic resistance in the region. Microbiology labs are an essential facility in the developing world and the maintenance of our lab would not be possible without the support of our sponsors (USAID) and partners (Club of Catholic Intelligentsia, and Solidarity Fund PL).

Miseducation surrounding bacteria and antibiotics not only pervades the general public, but also the attitudes of local health professionals. It is our aim to introduce culture and sensitivity testing as standard practice in the region, and to raise awareness on the dangers of antibiotic misuse and overuse. With the help of our sponsor and partners, our testing facilities continue to be available to other governmental health centres in the region, furthering these objectives. In addition, our microbiologist and our knowledgeable medical team are also doing their part to increase awareness on antibiotic-resistant bacteria amongst health professionals and members of the public in Iraqi Kurdistan.