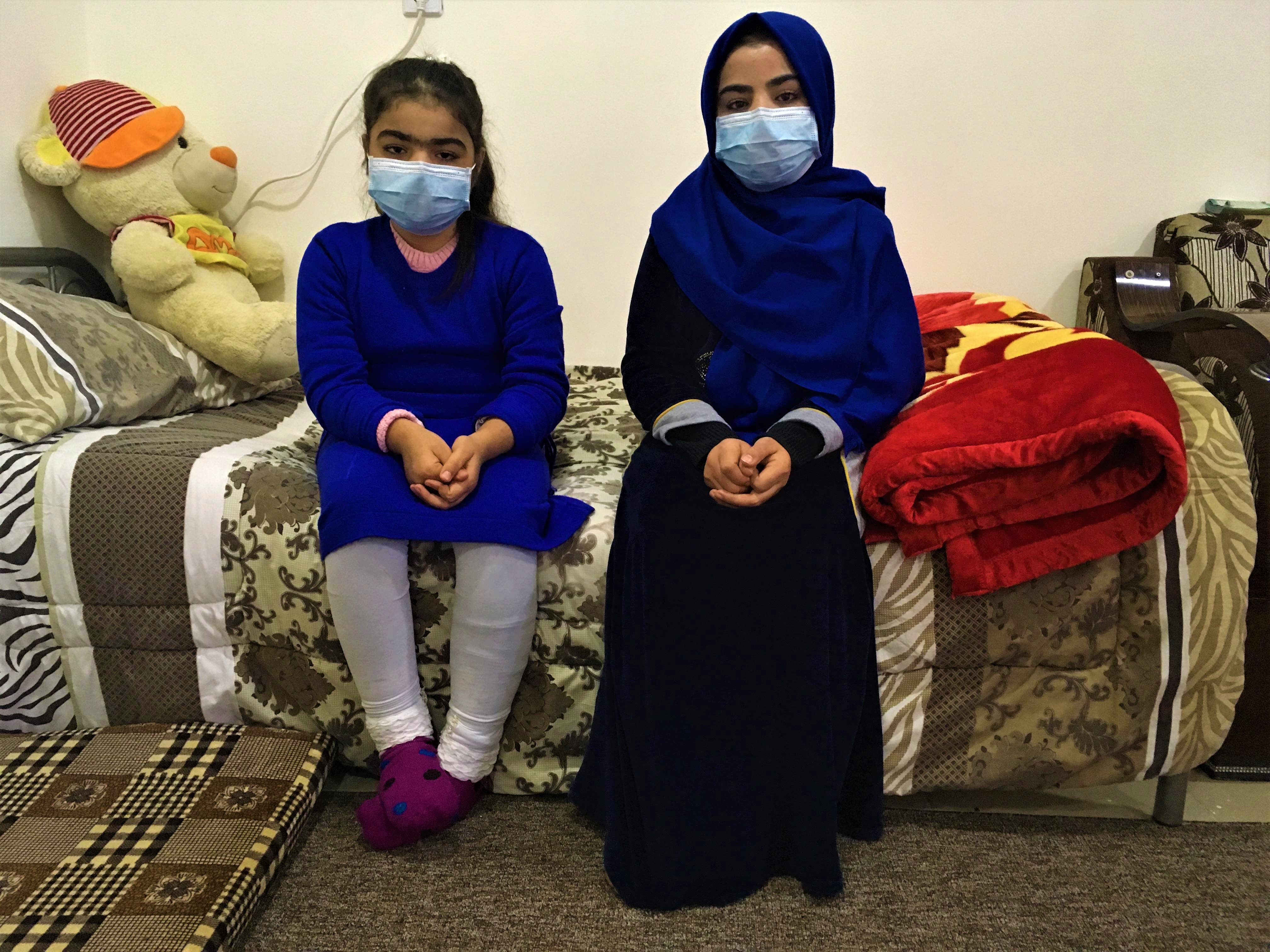 Taeeba (13) and Rawa (19) are you young girls from Salahaddin in North-Central Iraq. Their family were forced to leave their homes when ISIS took over in June of 2014. They moved to Kirkuk before leaving for Erbil when unrest began in the wake of the 2017 Kurdish Independence referendum.

A couple of years ago the girls’ father passed away. To maintain the family united, their mother married her late-husband’s brother. The family now lives in a house in Erbil.  The girls’ step-father works when possible, but these opportunities are few and far between.

Following their displacement, the girls were diagnosed with renal failure. Rawa underwent a transplant in 2015, followed by Taeeba two years later. This invasive procedure has greatly compromised the girls’ ability to study and attend school. They are dependent on chronic immunosuppresives to stay healthy. Still, due to her age, Rawa has now passed the age of enrolment into high school and must wait for the opportunity to join evening, part-time schooling for adults.

We are currently supporting the girls with their chronic medication, anyfurther support is greatly appreciated!