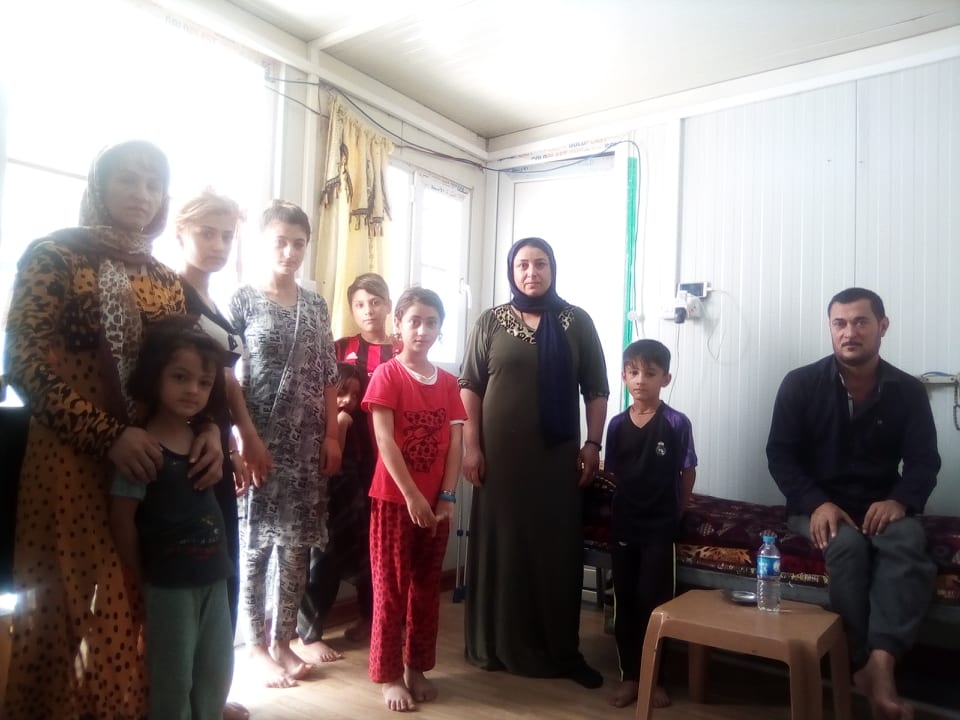 UPDATE: After a long few months of waiting, Auso finally had his much needed hip replacement. We visited him a week ago. He recovering well in bed. Thank you all for your support. Doctors have said that soon Auso will be back on his feet very soon!

Auso is a 38-year-old father of ten who lived happily in his home in Talazer until ISIS’ invasion in 2014 uprooted his entire life forcing him and his family to flee and rebuild their lives in Dakar Camp. Auso lives in 2 conjoined caravans with 12 family members, 10 of whom are his children. So space and silence are two things he cannot foresee being a part of his life in the near future.

Auso must support his children on the government allowance he receives as an IDP which is 16 USD a month per person. This is definitely not enough and to make matters worse Auso has been diagnosed with Avascular Necrosis in both hips which stopped him from being able to work.  Vascular Necrosis is the death of bone tissue due to an interruption of the blood supply. It is a very painful and debilitating condition that prevents Auso from being able to move and play with his children. Avascular Necrosis usually can be cured with an operation called core decompression which re-open the blood vessels and allow the blood to reach the hips.  However, Auso has now a late sever stage so he needs hip junctions’ replacement surgery to replace the damages hips with artificial ones. This will will cost 5,000 USD, but Auso will be able to walk again.  Please donate so this loving father can play with his children again. 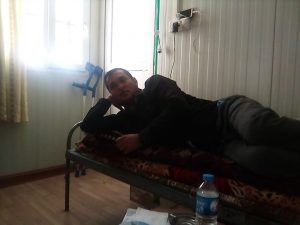