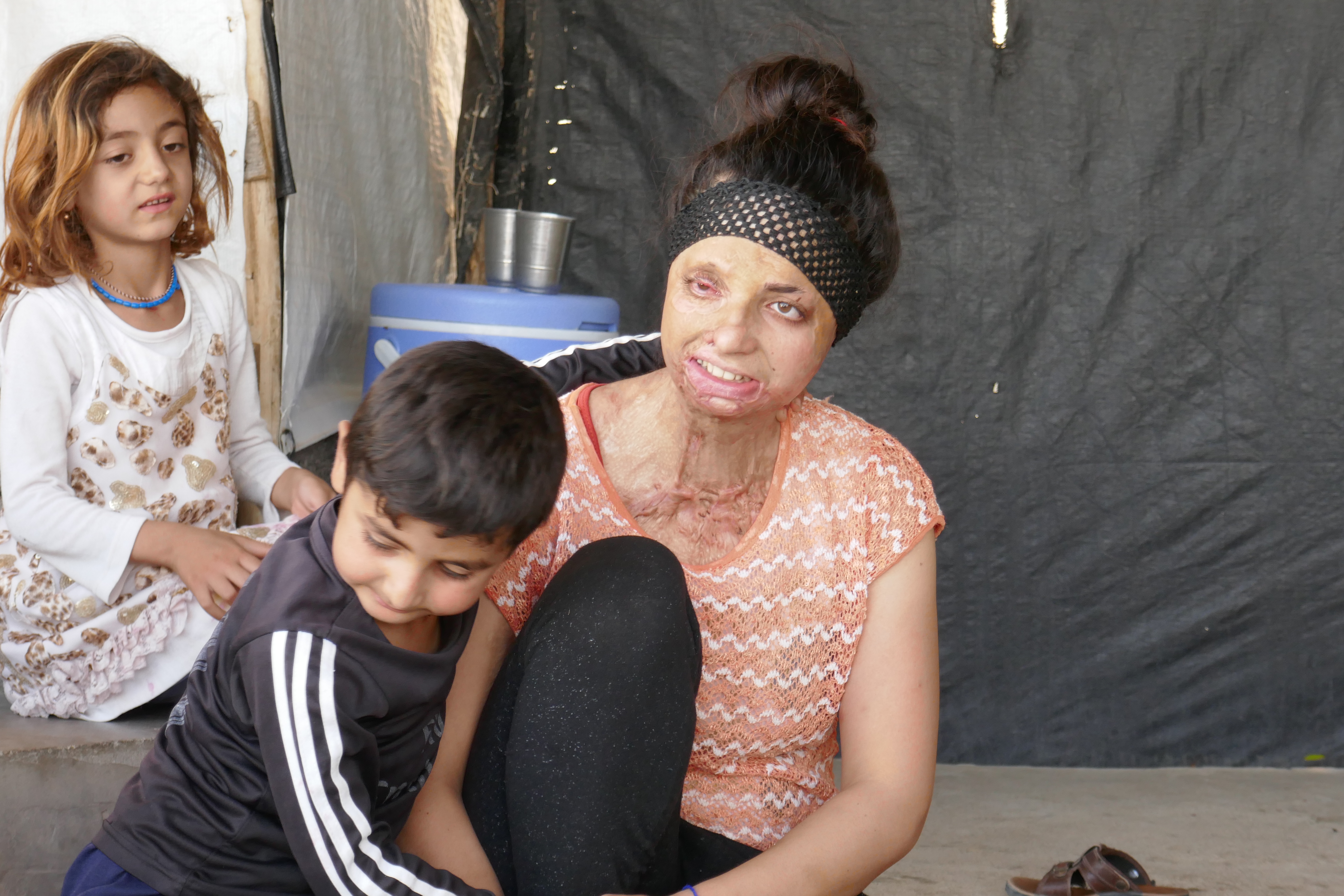 Ida is  20 years old and she has a big family. All seven of her siblings live with her and the youngest is only 4 months old.

Ida lives in Khanke, a massive IDPs camp near Duhok. Ida’s father is separated from Ida’s mother and now lives only with his second wife and all his children. He was a builder before 2014 and was able to make a decent living. However, after displacement the family has been struggling. Now they only survive of the small governmental camp support (18$ per person per month) and some small income from the grandfather who sometimes works as an unofficial taxi driver.

The family escaped ISIS in 2014, going through 11 ISIS checkpoints. They managed to escape in the early days of the invasion and so they were able to  make it through to Kurdistan untouched. In fact, initially, maybe because of lack of organisation or for some other unknown reasons,ISIS tended to let people escape and only after few days started the systematic killing and enslavement of the people left behind.

The days of the escape were pretty memorable for the family who still remembers with horror and fear the shocking moments passed while going through ISIS checkpoints.

This potentially traumatic experience as well as the struggle of adapting to a new family and a new life in the camp signed deeply Ida who now suffers from different psychological issues. Especially two years ago, Ida was involved in a domestic accident from which she was left with severe burns on her arms, face and abdomen.

The scars from the burns makes her almost unrecognisable from her previous life. Accordingly, now she is even more heavily struggling to rebuild her life and rebuild herself as a stronger and mature woman.

Thanks to your donations this September she finally had a plastic surgery that partly helped her regain her previous look and confidence.

We thank you all for helping us paying for this deserved health service, but we don’t want to consider her case completely finished and forget about her yet. In fact, although her operation was completed successfully we want to continue supporting her by keeping track of her reintegration and progress. Especially, we believe that constant psychosocial therapy could help her find the motivation to keep fighting for her future. With the help of donations, we hope to pay for such support to cover her medical and psychosocial needs.