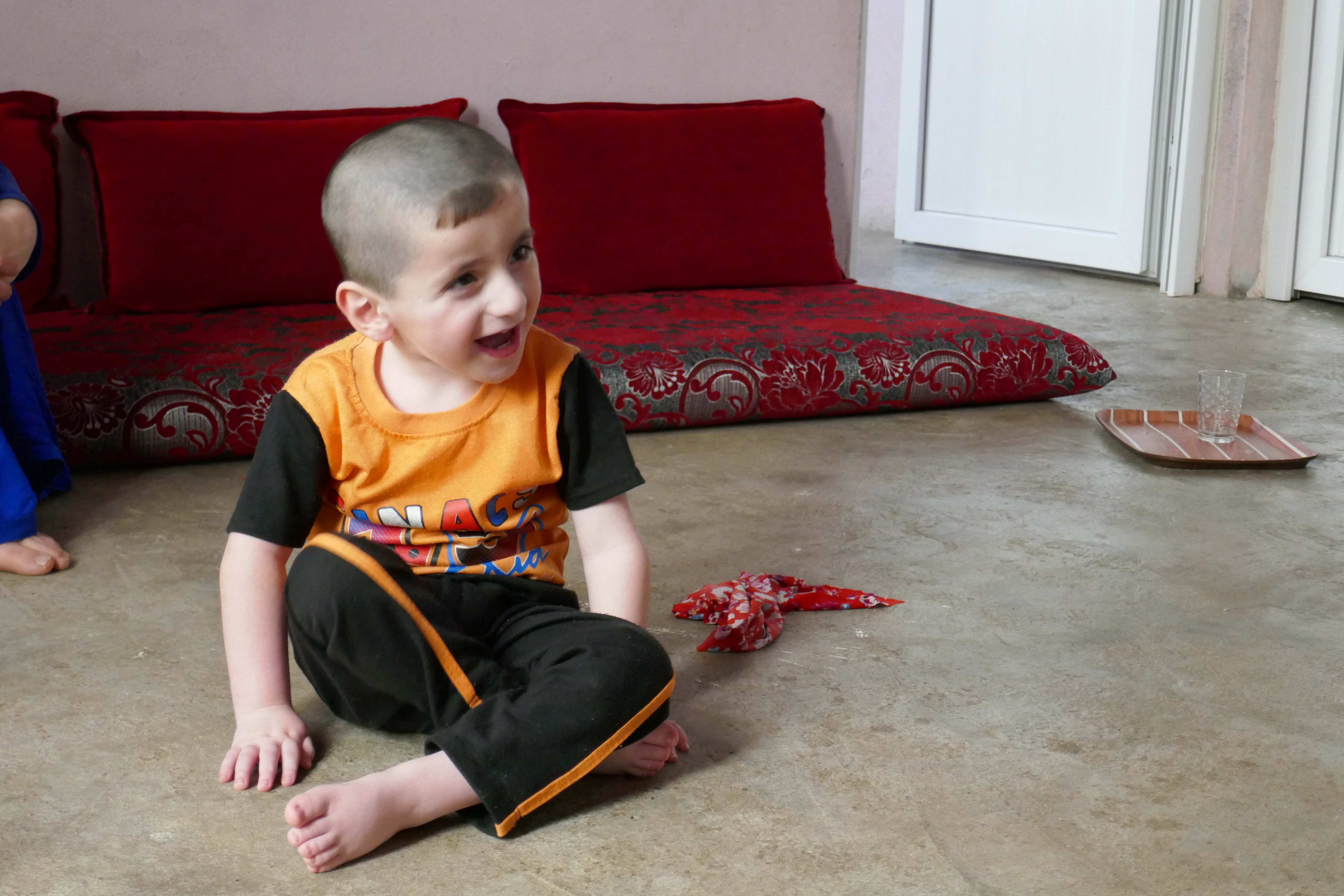 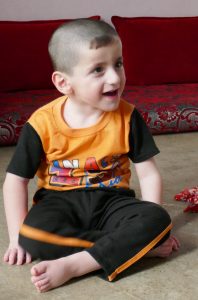 Ahmad is a young boy of 3 years of age. He has four siblings living with him and his parents, two of which are two beautiful girl twins.

His family lives in Balqoosh, a small village about an hour from Duhok. They live in a nice house, built for them out of concrete and wood. In order to guarantee a roof on the head of his children, Ahmad’s father had to ask for a loan so each year they are expected to pay back 1 million IQD (around 1000$). Ahmad’s father works as fixer in Duhok university, a regular job, but he is only paid around 200$ per month. Accordingly, they have not been able to pay their loan back and they are currently very worried about their future.

Ahmad was born with brain atrophy, probably because his parents are closely related. Fortunately Ahmed can count on the unlimited love of his parent.  His mother has been bringing him to physiotherapy every month and she also learnt how to do home exercises. However, Ahmad cannot stand on his legs and this is a burden for his mother who has to take care also of her other children.

We think we can provide Ahmad with a orthopaedic support that could make him stand and improve his movements. However, the cost of such specialised device can be very high and we  don’t want to risk not to have enough resources to help him. Please consider make a small donation for Aamad and his family. 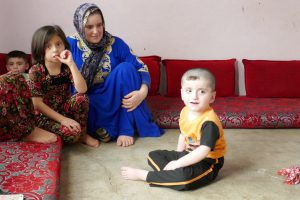