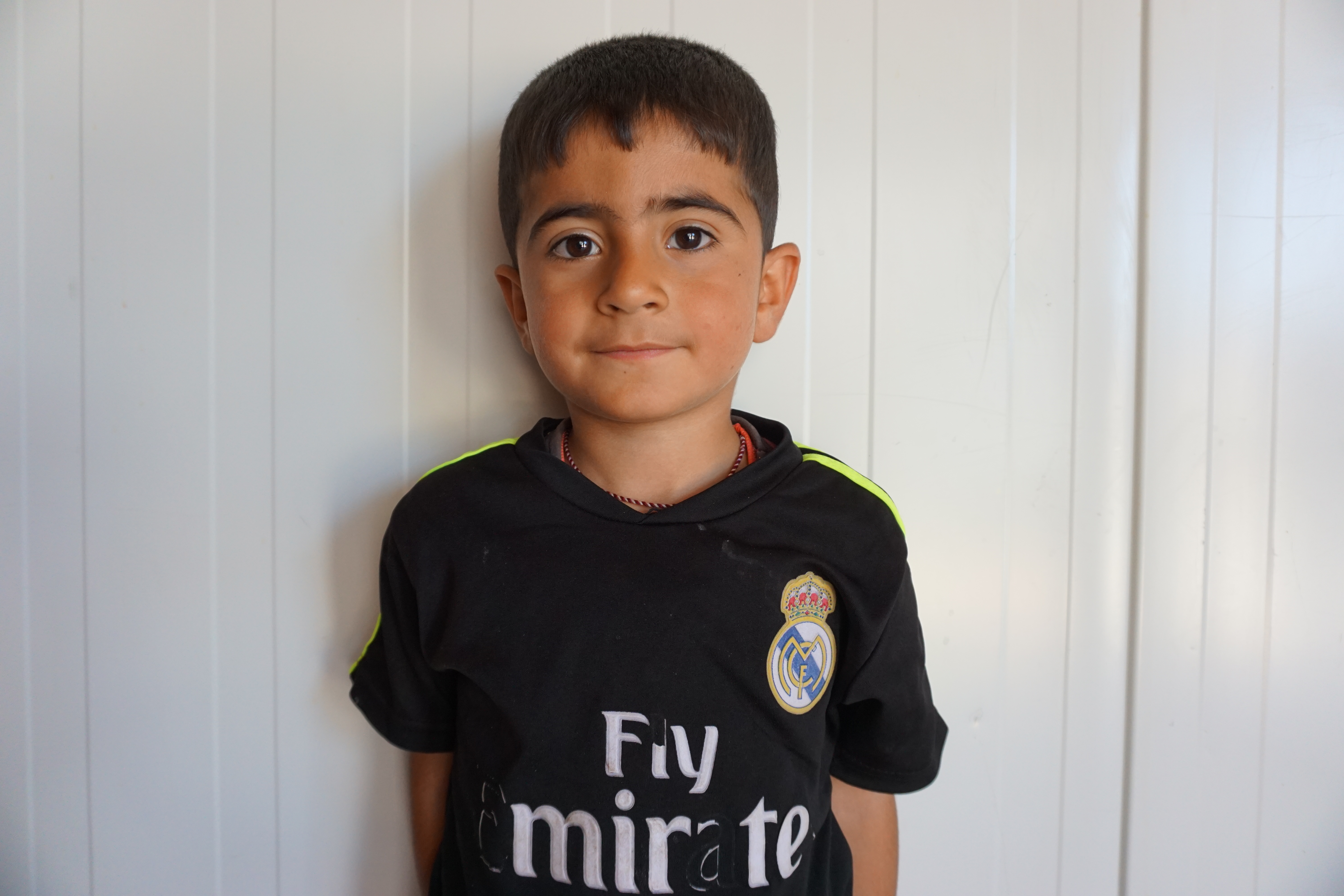 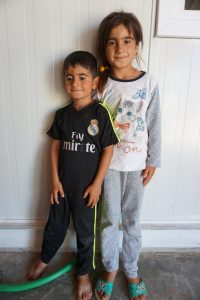 Heshiar is a five-year-old lively boy from Tel Qasab. When ISIS took over his hometown in 2014 he, his sister and his mother managed to escape in a relative’s car to Sharia, a village in the Duhok governorate. His dad was separated from them and stayed in Sinjar mountain to fight ISIS. Eventually, he managed to walk to the Syrian border and save himself.

The family was reunited after three months and moved to the Dawoodia IDP camp to the North-East of Duhok. Years late in 2017, Heshiar’s baby sister was brought into the world and the five of them now share a small but clean caravan.

Heshiar’s father used to be  a police man and his grandfather, a cook for the army. This allowed the family to have save some money for the first years after their displacement. This was extremely fortunate considering Heshiar is affected by Cryptorchidism for which he needs to take a chronic medication. Since these drug cost around 100$ per month, the family soon liquidated their savings and started borrowing from a sister of Heshiar’s mother.

We decided to support Heshiar to undergo an operation that can help solve the problem in the long-term. This surgery cost 300 000 IQD (270$) which we were able to cover thanks to your donations!